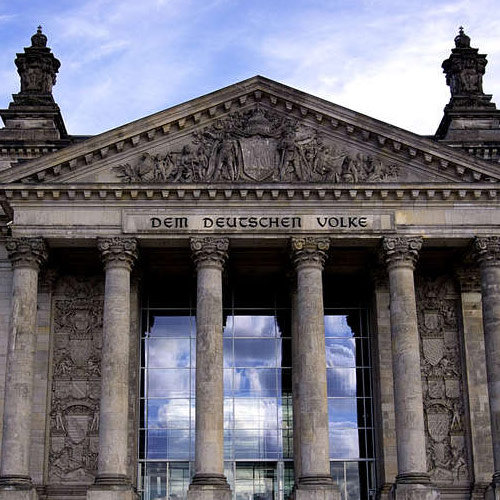 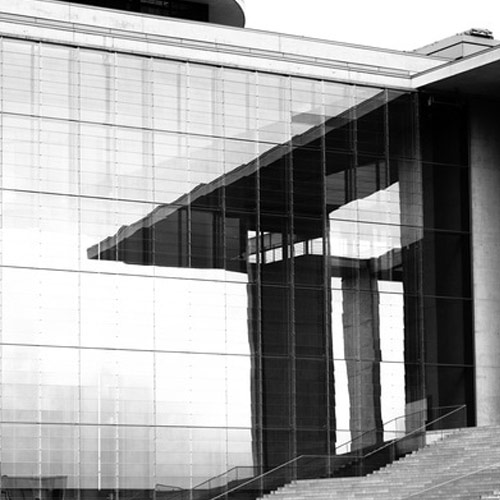 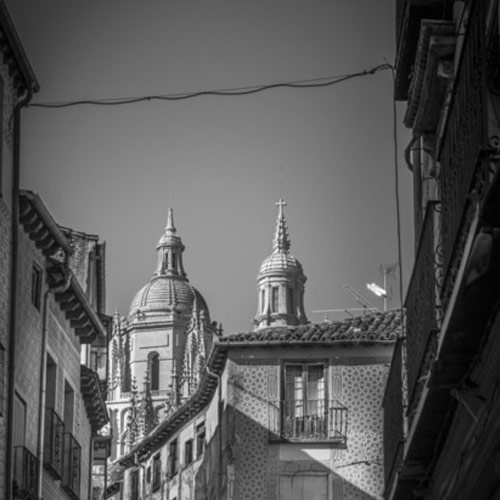 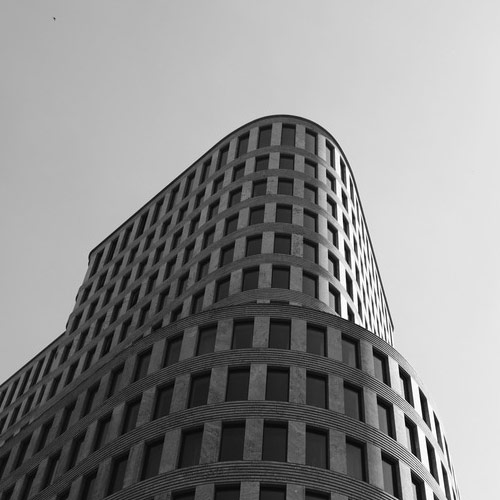 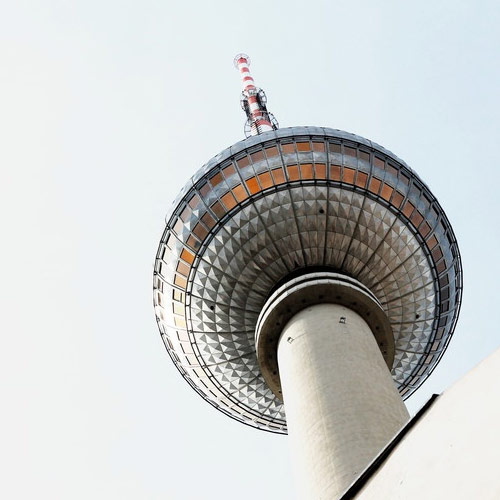 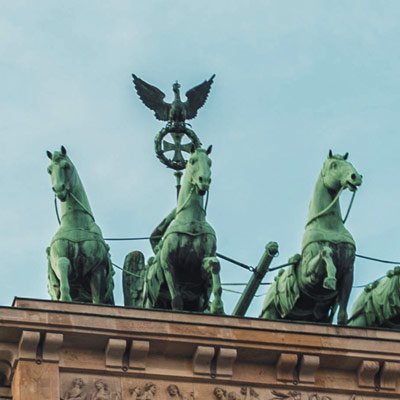 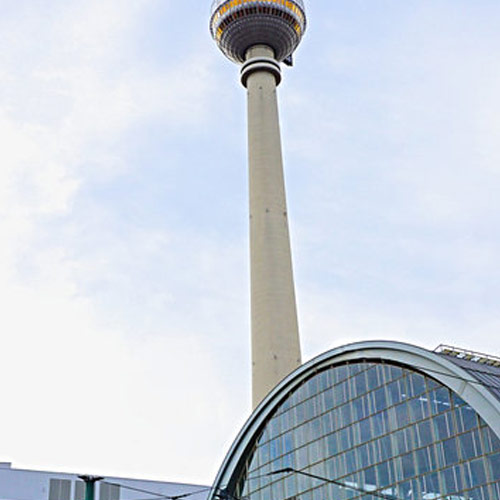 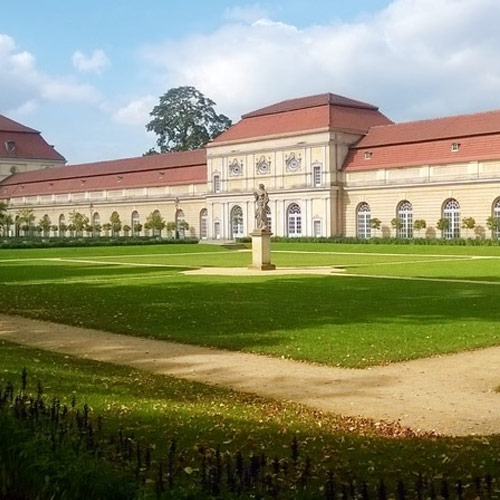 ■ 1. Day – After your arrival at Munich International Airport, you will be picked up and shuttled to your city hotel by our local representative. After check-in, you get time for recreation, before we start to our sight-seeing tour through Munich. We will show you the historical center and all those famous sites and historical buildings that Hitler frequented and where the NSDAP, political party of the Third Reich was founded. You will also hear about the „Geschwister Scholl“ and the history of the resistance of the White Rose Group against Hitler. In the afternoon you have time to discover the city of your own or return to your hotel. In the evening you enjoy a typical Bavarian dinner at the world-famous „Hofbräuhaus“ with Munich beer and „Blasmusik”. Overnight at Munich.

■ 2. Day – After breakfast we bring you to the Dachau, where not only Jewish politicals and intellectuals where arrested, but also many German political opponents of the Third Reich. You join a tour and visit the documentation centre. Then we continue the tour in direction of Fuessen over Landsberg a. Lech, where we have lunch, before we visit the fabulous castle of Neuschwanstein, legendary home of the Bavarian King Ludwig II. Lodge at the famous „Hotel zum Türken“ on top of the Obersalzberg Mountain, located right next to the house where Hitler met Chamberlain and Mussolini and other world leaders. Dinner at a local restaurant with „Heimatabend“. Overnight at Oberzalsberg.

■ 3. Day – In the morning visit of the documentation centre and tour at Obersalzberg and time to enjoy the wonderful scenery of the Alpes mountains of Austria and Switzerland. Then we will see the parental home of Hitler at Braunau, before we reach the city of Linz in Austria for lunchtime. After the visit of the Concentration Camps Mauthausen we continue our tour to Nuremberg, where we stay in the famous „Hotel Deutscher Hof” which Hitler normally frequented. Dinner at a historical restaurant in the medieval centre of this ancient empirial city. Overnight at Nuremberg.

■ 4. Day – Tour through the almost 2000-year-old historical centre, where not only the middle-aged German emperors had one of their main castles, but also home of some of our most famous artists like Albrecht Dürer and the inventor of the first pocket-watch. in the world. After lunch we see the Reichsparteitagsgelände, where Hitler held his most infamous Nazi party rallies and conventions, and the place of the famous Nuremberg Trial. Then enough time to discover the city with its famous churches and antique houses, also world-famous for the „Christkindlmarkt„ before Christmas. Dinner at a historical restaurant. Overnight at Nuremberg.

■ 5. Day – Today we see the famous city of Dresden with its world-wide-known Canaletto-panorama and the Frauenkirche– symbol of the absurdity of war that also became a synonymous of the spirit of rebuilding after the years of surpressure in the former GDR. Admire the wonderful reconstruction of the famous barock-style city of the 16./17.century before we start to Berlin, old and new capital of Germany. Lunch at Dresden, Dinner at your top city hotel in Berlin. Overnight at Berlin.

■ 6. Day – Today we spend together with an historian to visit all the most interesting historical and political buildings and sites of the Third Reich. Berlin was the very centre of Hitlers top military brass, while making the most critical decisions of the war. You see the place where Graf Stauffenberg was executed together with other opponents after their useless attempt to Hitler in 1944. We also visit the new Holocaust Memorial with the Jewish Museum and the rebuilt synagoge of the Jewish community of Berlin. Visit the well known places of the Cold War like Checkpoint Charly or the rest of the infamous Wall, the Brandenburg gate and the Reichstag, which is again German Parliament. Lunch at a typical „Berliner Kneipe” and dinner at your hotel. Overnight at Berlin.

■ 7. Day – Today you feel the tragic of some of the darkest places you can imagine. Places where millions of our Jewish fellow citizens where killed by the Nazis, a horrible vision of the unbelievable crime of Hitlers supporters and all Germans. The KZ s of Bergen-Belsen and Sachsenhausen are today memorials of the Holocaust. Spend time in honor of all those people who died there. In the afternoon we visit the city of Potsdam, home of the Prussian king Frederic II. The famous castle and gardens are part of the UNESCO world heritage. Here you find also the mansion where Stalin, Churchill, Roosevelt and others signed the treaty which separated finally the world into East and West. Dinner at our hotel and opportunity to see some of the actual shows of Berlin. Overnight in Berlin.

■ 8. Day -After breakfast and check-out you get the opportunity to visit some of the famous sites of the city. Why not say hallo to Nofretete or have a round view from the top of the Reichstag. After lunch, shuttle to Berlin International Airport for your return-flight. End of Services.

If you want to extend your stay, please do not hesitate to contact us!

To save your wishlist please login.
login